Oil, meat, cars, and air travel are among the most well known sources of carbon emissions. But in the 21st century, data is the new oil, and it costs plenty of carbon to sustain the data economy.

Data and server centers are known to emit as much carbon as the airline industry. And because data centers are expanding at a rapid pace, they are one pace to emit even more carbon. It is time to bring environmental consciousness to our data and internet services. To do that, we need to build a more environmentally sustainable network infrastructure: enter FreedomBox.

FreedomBox is low-power, energy efficient home server system which empowers you to decentralize the web and sustainably host your own portion of the internet at home. This server system is built specifically for inexpensive, pocket-sized computer hardware. FreedomBox is designed around the principle that the exploitation of user data and attention should be technologically impossible. Its simple user interface empowers individuals to host their own Internet services without technical expertise, like an encrypted chat server that can replace Whatsapp, a VoIP server, a personal website, file sharing, a metasearch engine, and much more. In April 2019, sales of the first-ever commercial FreedomBox product were launched. The product, dubbed a “Pioneer Edition FreedomBox Home Server Kit,” is being sold by Olimex, a company which specializes in Open Source Hardware.

The movements to protect privacy and the environment have finally converged—and it is time for us to do something about it. Join this session to learn how you can help.

Bio:
Danny's job is to decentralize the web using pocket-sized private servers running free and open source software. As Vice President for Product and Development at the FreedomBox Foundation, he prepares FreedomBox to be put in the hands and places that need it. To that end, he collaborates with software developers to meet user needs, pursues partnerships to bring FreedomBox to market, and engages communities that need FreedomBox. In his work, he draws on wide-ranging professional experiences, which include IT for a public school district, communications for a congressional campaign, constituent services for a U.S. congressional district office, and social services at homeless and refugee shelters. Danny earned his B.A. in philosophy, political science, and linguistics from Columbia University. He wants to use FreedomBox to create and protect freedom in the 21st century. 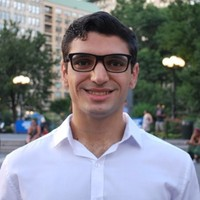