Cycling through the Indego Bike-Share API

There is a (Geo)JSON API behind all of the (approximately 120) bicycle share docking stations throughout the city of Philadelphia. Most people probably don't even know that there is an API available which shows the number of bicycles and docks available at each one of the stations:

I am absolutely fascinated with this API and would like to suggest that other people (who are better programmers than I) investigate it. I created the following website with some basic PHP knowledge:

I have also created quick libraries to access the API in both PHP and Python. I plan to demonstrate usage of these libraries:

I also have data at 10-minute intervals showing the number of bicycles and docks available at each station going back to November 2015, so roughly 14 million rows in a MySQL table... I've created historical graphs using this data. Unfortunately, I did so using software called Highcharts that is mostly a freemium model:

I would love to see some better visualizations created using free and open source software! I'd also love to see more visualizations using the actual geographic information based on where each station is. Hopefully, I can increase awareness of the Indego API and inspire some developers out there to create their own projects using the API.

Bio:
I am a Linux systems administrator who works for Thomas Jefferson University Hospital. I have used Linux since high school and been occasionally interested in programming nearly as long. I don't consider myself a developer, but adore open source software and absolutely love the open source community. I pretty much live life on the command line. 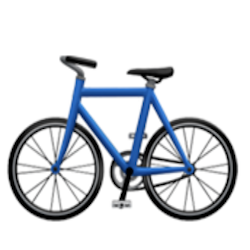